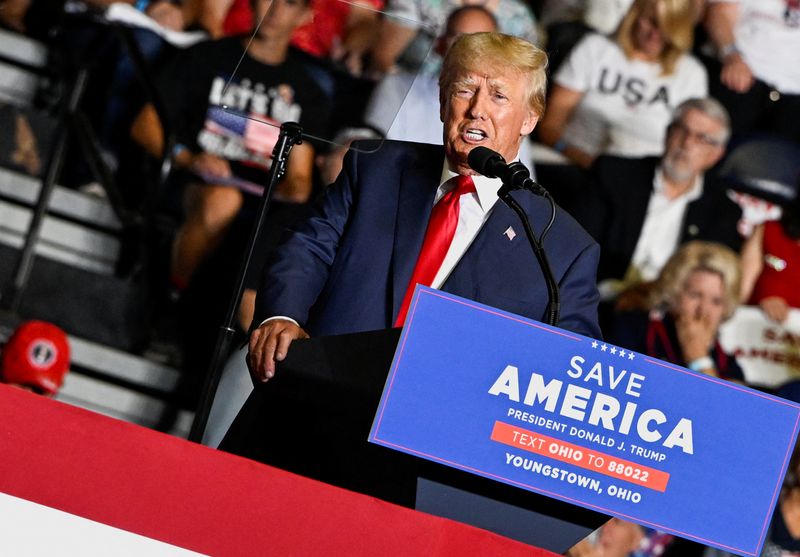 (Reuters) -The U.S. Supreme Court on Thursday rejected former President Donald Trump’s bid to have an independent arbiter vet more than 100 classified documents that were seized by the FBI from his Florida home as part of his legal battle against investigators probing his handling of sensitive government records.

The justices in a brief order denied Trump’s Oct. 4 emergency request asking them to lift a federal appeals court’s decision that prevented the arbiter from reviewing more than 100 documents marked as classified that were among the roughly 11,000 records seized at his Mar-a-Lago estate in Palm Beach on Aug. 8.

There were no publicly noted dissents by any of the nine justices to the decision, which came two days after the U.S. Justice Department urged them to deny Trump’s request and keep the classified documents out of the hands of the arbiter, known as a special master.

The court has a 6-3 conservative majority, including two justices appointed by Trump, who left office in January 2021.

Federal officials obtained a court-approved warrant to search Trump’s residence after suspecting that not all classified documents in his possession had been returned after his presidency ended.

Investigators searched for evidence of potential crimes related to unlawfully retaining national defense information and obstructing a federal investigation. Trump has denied wrongdoing and has called the investigation politically motivated.

Trump went to court on Aug. 22 in a bid to restrict Justice Department access to the documents as it pursues a criminal investigation.