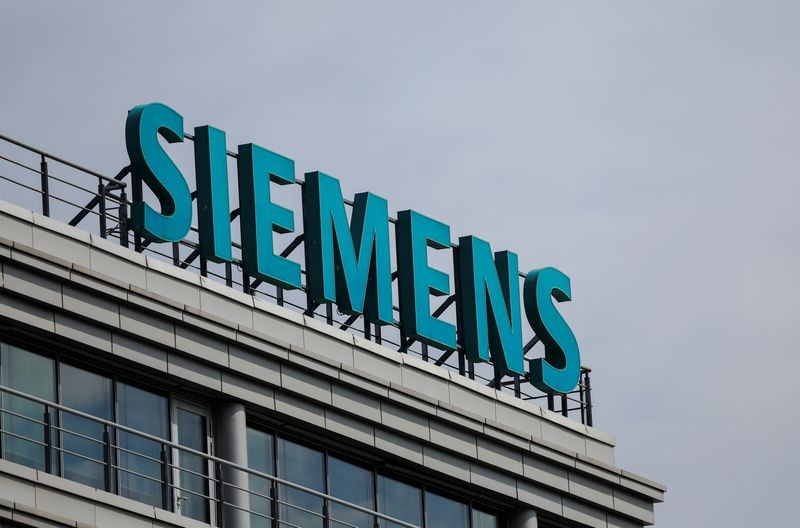 © Reuters. FILE PHOTO: A sign with the logo of Siemens company is on display outside its office in Moscow, Russia, May 12, 2022. REUTERS/Evgenia Novozhenina

ZURICH (Reuters) – Siemens posted a better than expected fourth quarter profit at its industrial business on Thursday and said strong demand continued for its factory hardware and software.

The German engineering and technology group said industrial profit rose 38% to 3.16 billion euros ($3.28 billion) in the three months to the end of September, beating forecasts for 2.79 billion euros in a company-gathered consensus of analysts.

Siemens said during the quarter it had seen growth in many markets despite a “continuing complex macroeconomic environment influenced by energy shortages and availability concerns stemming from the Russia-Ukraine conflict, high inflation and effects associated with the coronavirus pandemic.”

This made the maker of trains, industrial software and automation confident for the future, saying it expected revenues to grow by 6% to 9% during its 2023 fiscal year.

“Strong demand continues for our hardware and software offerings, including higher than expected growth for our digital business revenue,” said Chief Executive Roland Busch in a statement.