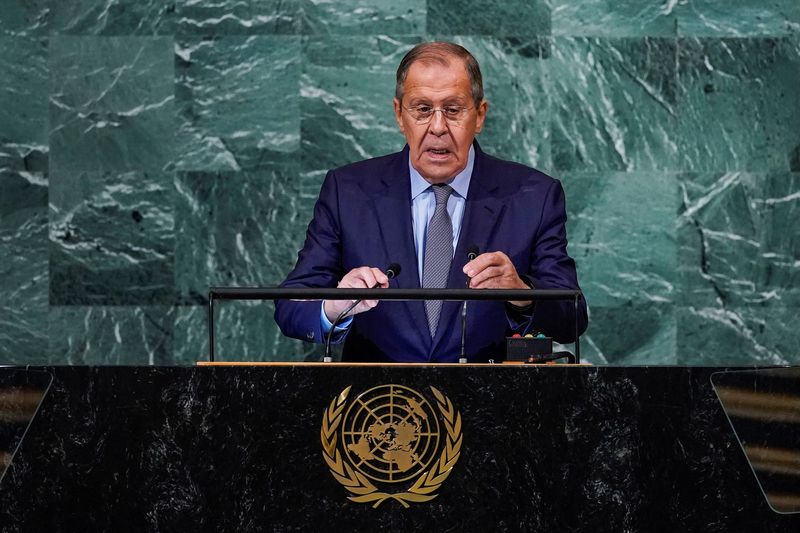 MOSCOW (Reuters) – Russian Foreign Minister Sergei Lavrov told his Iranian counterpart on Wednesday that Western media had launched a campaign that could trigger escalation in the Gulf, his ministry said.

In a telephone call with Hossein Amirabdollahian, Lavrov commented on “the harmfulness of the information campaign that has been launched by Western media”, the ministry said in a statement summarising his remarks.

Lavrov told Amirabdollahian that such actions could result in a dangerous escalation of tension in the strategically important region, the ministry added.

Washington expressed concern on Tuesday about unspecified threats from Iran against Saudi Arabia and said it would not hesitate to respond if necessary.

The Wall Street Journal reported that Saudi Arabia had shared intelligence with the United States warning of an imminent attack from Iran on targets in the kingdom.

“The report published in the Wall Street Journal about planning attacks against one of the countries in the region is baseless,” Iran’s Mission to the United Nations said in a statement.

Iran “reiterates its policy of peaceful neighborliness with its neighbors based on mutual respect and consistent with international principles and rules,” it said.