Market Nosedives as Investors Finally Get the Message

In last week’ s commentary I said “It feels like the S&P 500 (SPY) wants to be bullish, but everyone is extremely anxious… like we’re collectively holding our breath, waiting for the next shoe to drop”. Well drop it did, and hard, with the broader indexes falling considerably on Thursday as everyone finally put together the latest pieces of the market puzzle. Keep reading to find out what the picture is showing us.

(Please enjoy this updated version of my weekly commentary originally published December 15th, 2022 in the POWR Stocks Under $10 newsletter).

The S&P 500 (SPY) tumbled 2.5% on Thursday as traders realized next year is going to be painful.

Yes, the Federal Reserve’s latest reality check — more on this shortly — is partly to blame for the drop, but we had other forces at work as well.

But I’m getting ahead of myself. Let’s go back to where all this trouble started…

As I predicted in my last commentary, Fed officials voted to increase interest rates another 50 basis points. Great! A smaller hike. But then we got the latest dot plot and an updated commentary from Powell… and both reiterated that the war against inflation is far from over.

The Fed’s “dot plot” is basically a visual tool that shows where each of the Fed officials believe interest rates will be in the short, mid, and long term. Here’s the September dot plot (left) next to the one from yesterday’s meeting (right).

The dots make it plain as day: A number of Fed officials now believe we’re going to have to raise rates even higher… and keep them high for longer.

When the Fed last released these projections in September, they showed forecasts that the fed funds rate would peak between 4.75% and 5.0% sometime in 2023 before slowly coming back down the following years.

Powell’s comments put words to the message painted by the visual — there’s more work to do. A few choice quotes from his post-meeting press conference…

“I would say it’s our judgment today that we’re not in a sufficiently restrictive policy stance yet, which is why we say that we would expect that ongoing hikes will be appropriate.”

“Historical experience cautions strongly against prematurely loosening policy. I wouldn’t see us considering rate cuts until the committee is confident that inflation is moving down to 2% in a sustained way.”

In other words, the Fed’s keeping its foot on the gas, and it’s not letting up until the job is done.

Yes, this absolutely contributed to the selloff we saw on… but as I mentioned at the top, it wasn’t the only factor.

On Thursday, both the European Central Bank and the Bank of England issued their own rate hikes, along with messages that further tightening is likely.

Lastly, the U.S. retail sales report showed spending dropped in November — not a very promising start to the holiday season.

Powell keeps saying there’s still a chance for a “soft landing” where we successfully navigate inflation without triggering a recession, but that’s looking less and less likely.

And if we do end up in a recession, that’s certainly not the end of the world. Stocks have always recovered their recession losses over time, and I don’t expect that to change now.

Is the road going to be bumpy? Yes.

But those bumps don’t mean we should panic. It just means we have to be nimble. The strategies that outperform going forward probably won’t be the same as what worked during the bull market. But here’s something incredible…

Applying POWR Ratings to stocks under $10 has been a consistent winner through bear markets, bull markets, expansions, recessions, and everything in between.

Going all the way back to 1999, this strategy has delivered positive, market-beating returns in every year but one (2008).

It’s like nothing I’ve ever seen. And it’s a good signal we should stay the course.

What To Do Next?

If you’d like to see more top stocks under $10, then you should check out our free special report:

3 Stocks to DOUBLE This Year

What gives these stocks the right stuff to become big winners, even in the brutal 2022 stock market?

First, because they are all low priced companies with the most upside potential in today’s volatile markets.

But even more important, is that they are all top Buy rated stocks according to our coveted POWR Ratings system and they excel in key areas of growth, sentiment and momentum.

Click below now to see these 3 exciting stocks which could double or more in the year ahead.

3 Stocks to DOUBLE This Year

About the Author: Meredith Margrave 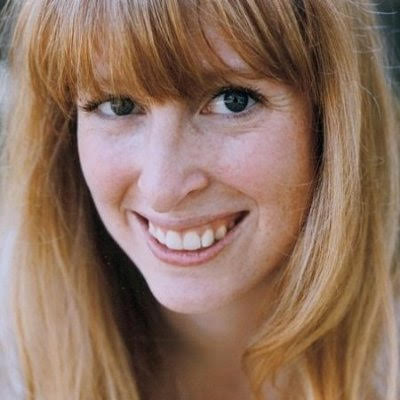 Meredith Margrave has been a noted financial expert and market commentator for the past two decades. She is currently the Editor of the POWR Growth and POWR Stocks Under $10 newsletters. Learn more about Meredith’s background, along with links to her most recent articles.

The post Market Nosedives as Investors Finally Get the Message appeared first on StockNews.com

Bullish or Bearish or BOTH???

Invest in Yourself: 10 Things Every Working Woman Should Do This Year

Opinions expressed by Entrepreneur contributors are their own. ...
Read more