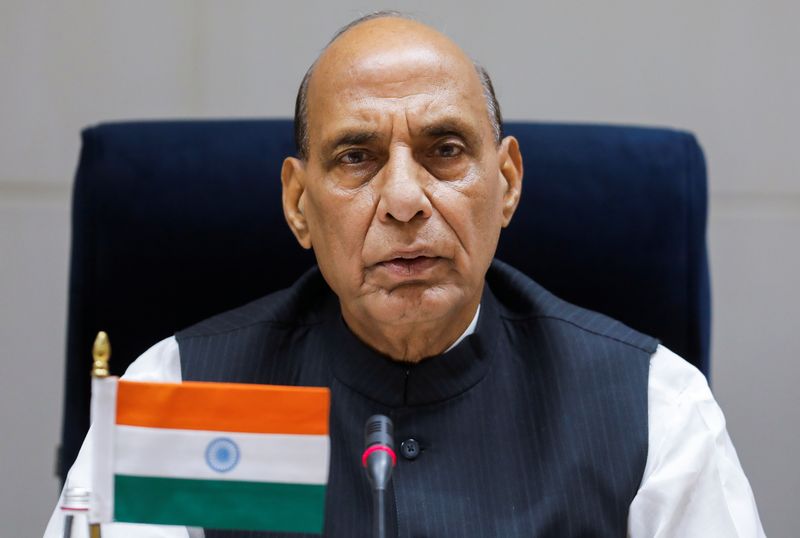 NEW DELHI (Reuters) – Indian troops prevented Chinese soldiers from entering Indian territory on Dec. 9 during a border scuffle that led to injuries on both sides, India’s defence minister said on Tuesday, in the first such clash since 2020 between the Asian giants.

The incident occurred in the Tawang sector of India’s northeastern Himalayan state of Arunachal Pradesh, which borders China’s south and is also claimed by Beijing.

The Indian troops “illegally crossed the line to block” a routine patrol of Chinese border troops, a spokesperson from the Western Theatre Command of China’s People’s Liberation Army (PLA) said on Tuesday.

“We urge the Indian side to strictly control and restrain the front-line troops, and work with China to maintain peace and security on the border,” the spokesperson said.

An Indian defence source told Reuters that patrolling teams from both sides came face-to-face at one of the peaks there and that in an ensuing hand-to-hand fight, some soldiers fell on the rocky surface and injured themselves. Two other sources said around half a dozen Indian soldiers suffered minor injuries.

The defence source said the un-demarcated border, called the Line of Actual Control (LAC), means soldiers from both sides cross over into each other’s territory every now and then. Such events are then raised in flag meetings so that they do not escalate.

“Sometimes we perceive some areas as ours, sometimes they do,” said the source, declining to be named as Defence Minister Rajnath Singh had already issued a statement in parliament about an attempt by the PLA to enter Indian territory.

“These are skirmishes that keep happening, and they are not major. This was not major.”

Singh told lawmakers that the scuffle led to “injuries to a few personnel on both sides” but that there were no “serious casualties on our side”.

“The Chinese attempt was contested by our troops in a firm and resolute manner. The ensuing face-off led to a physical scuffle in which the Indian Army bravely prevented the PLA from transgressing into our territory and compelled them to return to their posts.”

China’s foreign ministry spokesperson, Wang Wenbin, told a news conference that the situation at the border was “generally stable”.

India’s foreign minister has said that relations with China can not go back to normal without peace on the border. India has stepped up scrutiny of many Chinese companies operating in India in the past two years, though its imports from China have surged.

The scuffle was the first between the two countries since deadly clashes in June 2020 when Indian and Chinese troops were involved in hand-to-hand combat in the Galwan Valley of Ladakh, abutting the Chinese-held Tibetan plateau.

The incident led to the death of 20 Indian soldiers and four Chinese troops.

“The Chinese side was asked to refrain from such actions and maintain peace and tranquillity along the border,” minister Singh said about the latest tension. “The issue has also been taken up with the Chinese side through diplomatic channels.”

The un-demarcated 3,800 km (2,360 mile) frontier between the nuclear-armed Asian giants had stayed largely peaceful since a war in 1962, before the clashes two years ago sent relations nose-diving.