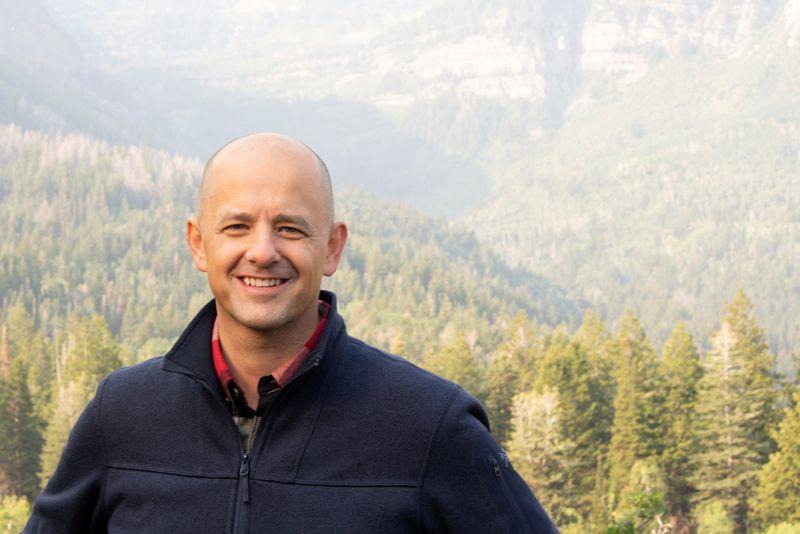 By David Morgan and Gram Slattery

WASHINGTON (Reuters) – If U.S. Senate candidate Evan McMullin succeeds in unseating Republican Senator Mike Lee of Utah, he could occupy a uniquely powerful role as an independent ready to work with either party in the narrowly divided chamber.

While maverick Democratic Senators Joe Manchin and Kyrsten Sinema have used their positions in the 50-50 chamber to block parts of President Joe Biden’s agenda, an independent McMullin could wield even more influence if Republicans pick up one — and only one — other seat in the Nov. 8 midterm election.

That would create a Senate with 50 Republicans and 49 Democrats, a scenario in which McMullin could align with either Democrats or Republicans and play an outsized role in determining which party has the majority and which legislative agenda gets to the Senate floor.

In a Monday night debate with Lee, McMullin made it clear that he recognizes the influence an independent could wield in a narrowly divided Senate if he succeeds in defeating Lee, who is favored to hold his seat.

“If we prevail in this race, it will make Utah the most influential state in the union, because nothing will get through the Senate without Utah’s support,” said McMullin.

A former CIA operations officer, McMullin was a Republican until 2016, when Donald Trump won the party’s nomination to run for president. McMullin launched a long-shot, and ultimately unsuccessful, independent campaign for the White House.

But this year, Utah Democrats opted not to nominate a challenger to Lee, a two-term hard-line conservative, ceding the field to McMullin’s challenge.

Lee dismissed his rival on Monday night as “an opportunistic gadfly supported by the Democratic Party.”

“You’ve refused to talk about which party you’d join,” Lee told McMullin. “Instead, you’re asking the people to put faith – blind trust – in you … your judgment. That is not how we lead to a good policy outcome.”

Some observers doubted that McMullin could bring himself to line up with Democratic Majority Leader Chuck Schumer.

“Mullin used to be a conservative Republican, so it is hard to see him voting for Schumer,” said Republican strategist Charlie Black. “Maybe he just would not vote.”

The Senate already has two independents, Vermont’s Bernie Sanders and Maine’s Angus King, but both caucus with Democrats.

Strategists say a more practical model for McMullin would be the late Senator Jim Jeffords of Vermont, a Republican who became an independent and flipped Senate control to the Democrats in 2001.

If McMullin where to go that route and align himself with one party, he could negotiate an agreement to secure his priorities a place in the legislative agenda and ensure himself a seat on Senate committees.

But he would also be free to vote against that party’s legislation and could retain enduring power by flipping Senate control or threatening to do so.

“If Evan McMullin wanted to switch parties one day, all they would do is announce that,” said Joshua Huder, senior fellow with the Government Affairs Institute at Georgetown University.

But even if a Senator McMullin felt inclined to throw party control into turmoil, party strategists said the chamber’s filibuster rule requiring 60 votes to pass most legislation could stand in his way.

“The reality is much different,” said Jim Manley, a one-time aide to the late Senate Majority Leader Harry Reid. “He would be negotiating a legislative package and that wish list is going to be controversial. There’d be objections on both sides, probably led by the party that lost out.”

The powerbroker scenario for McMullin has gained traction after a Deseret News-Hinckley Institute of Politics poll last week showed Lee leading him by 41% to 37%, with 12% of voters undecided, putting the race within the survey’s 3.5% margin of error.