Global COVID cases will increase in coming months, but at a slower pace -report 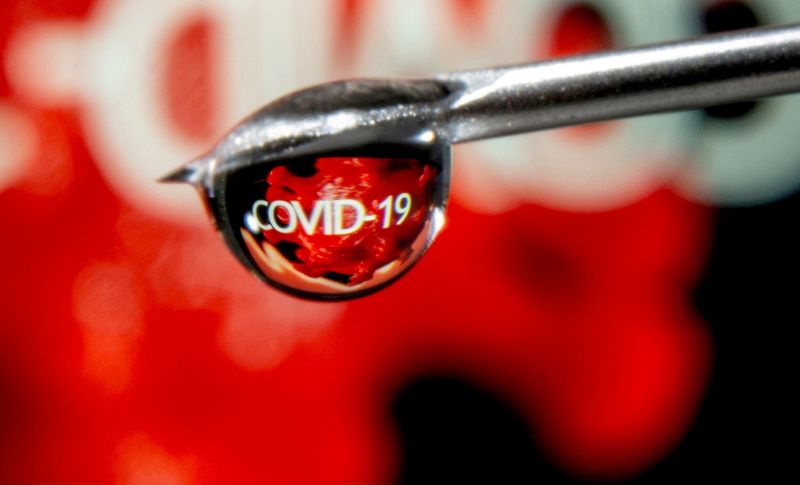 © Reuters. FILE PHOTO: The word “COVID-19” is reflected in a drop on a syringe needle in this illustration taken November 9, 2020. REUTERS/Dado Ruvic/Illustration/

(Reuters) -Daily global COVID-19 infections are projected to rise slowly to about 18.7 million by February from the current 16.7 million aveage daily cases, driven by the northern hemisphere’s winter months, the University of Washington said in an analysis.

Far fewer infections are expected than last winter’s estimated peak daily average of about 80 million cases in January of 2022 that was driven by the rapid spread of the Omicron variant, according to the report.

The increase in cases is not expected to cause a surge in deaths, the University of Washington’s Institute for Health Metrics and Evaluation (IHME) said.

It forecast that global daily deaths would average 2,748 people on Feb. 1, compared with around 1,660 currently. In January, deaths were more than 11 million per day globally.

IHME estimates that daily infections in the United States will increase by a third to more than a million, driven by students back in schools and cold weather-related indoor gatherings.

A surge in Germany has peaked already, it said in its report on Oct. 24. IHME expects cases there will fall by more than a third to around 190,000 by February.

The report suggests that the recent COVID surge in Germany might be due to Omicron subvariants BQ.1 or BQ.1.1, and will likely spread to other parts of Europe in the coming weeks.

A rapid increase in hospital admissions in Germany – the highest since the COVID outbreak in 2020 – remains an area of concern, it said.

IHME’s analysis also found that the new Omicron subvariant XBB, which is currently driving a surge in hospitalizations in Singapore, is more transmissible but less severe.

The global impact of XBB is expected to be muted by the fact that people who were previously infected with the BA.5 subvariant of Omicron likely have immunity against it, the report said.