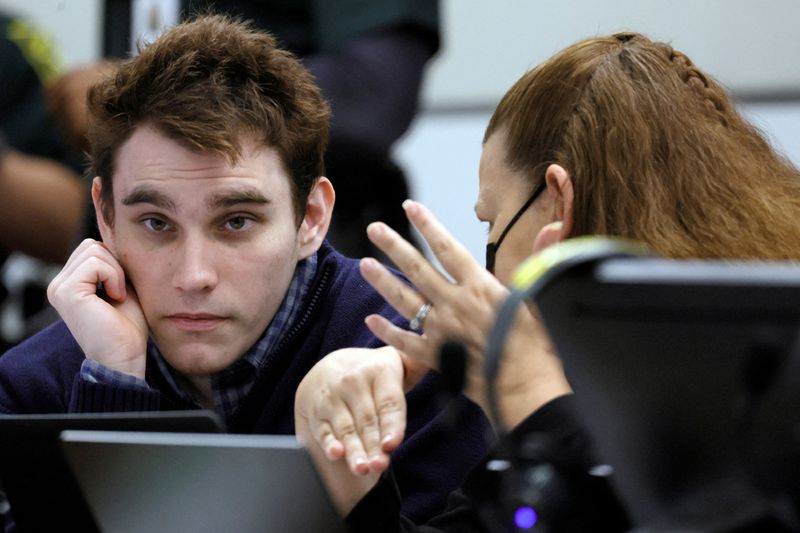 MIAMI (Reuters) – Closing arguments began on Tuesday in the penalty phase of the trial of a man who killed 17 people in a mass shooting on Valentine’s Day in 2018 at a Florida high school.

Nikolas Cruz, 24, pleaded guilty last year to premeditated murder at Marjory Stoneman Douglas High School in Parkland, about 30 miles (50 km) north of Fort Lauderdale. A jury will decide if he is to be sentenced to life in prison or receive the death penalty.

It was one of the deadliest school shootings in U.S. history.

“He was shooting the kids in the classroom that were hiding or attempting to hide,” said Prosecutor Michael Satz, as part of arguments that the shooting was unusually heinous and cruel.

“People were out in the (open), he went and finished them off, you saw him pointing – not casually either, aiming,” he said, in reference to footage of the incident shown to the jury during the proceedings.

The prosecution has argued that the aggravating factors in the case outweigh arguments for leniency such as Cruz’s history of mental health problems.

The penalty phase, which has lasted nearly three months, has included gripping testimony from survivors of the shooting as well as cell phone videos in which terrified students cried for help or spoke in hushed whispers as they hid.

His defense attorney on Tuesday told jurors that Cruz’s life should be spared, citing mitigating factors including mental health disorders resulting from his biological mother’s substance abuse during pregnancy.

“There is no time in our life when we are more vulnerable to the will and the whim of another human being than when we are growing and developing in the womb of our mothers,” said Melisa McNeill, Cruz’s lead public defender.

“One would think that it would be difficult for me … to come up here and ask you to sentence Nikolas to life without the possibility of parole. But it’s not, because it is the right thing to do,” McNeill said.

Cruz, dressed in a khaki sweater with blue stripes, on Tuesday watched the proceedings with one hand against his forehead and at times appeared to be showing notes written on a pad of paper to his legal counsel.

He was a 19-year-old expelled student at the time of the massacre. He will be sentenced to life in prison without parole if any of the 12 jurors objects to the death penalty.

In his guilty plea, he said he was “very sorry” and asked to be given a chance to help others.

U.S. gun violence has gained renewed attention following mass shootings in May at a school in Uvalde, Texas, that left 19 children and two teachers dead, and another, also in May, at a supermarket in a predominantly Black neighborhood of Buffalo, New York, that killed 10 people.