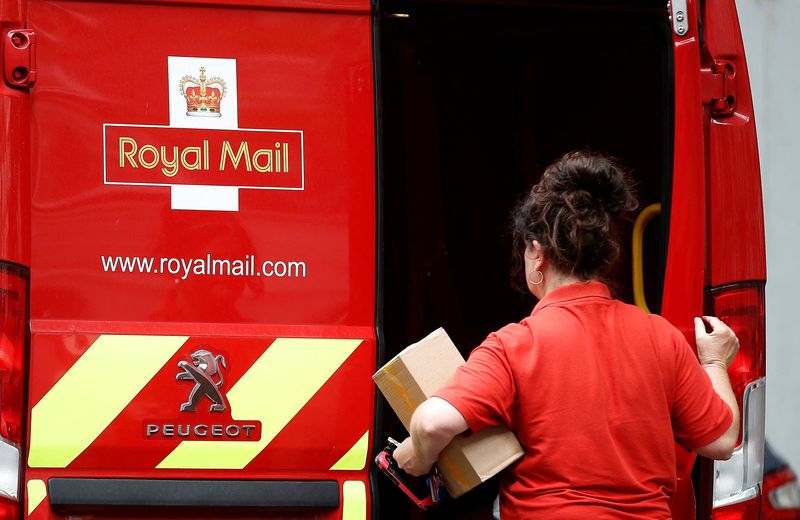 (Reuters) -Royal Mail could cut up to 10,000 jobs and warned of more layoffs if planned strikes go ahead, as the former British postal monopoly that is locked in a dispute with its largest union on Friday flagged even deeper losses this year, sending its shares as much as 17% lower.

The Financial Times reported that Royal Mail had suggested cutting salaries for new employees by about a fifth, from roughly 25,000 pounds ($27,917.50) to 20,000 pounds and recruit more temporary staff.

Its proposals last month to take the pay dispute to arbitration and change its policies had angered the CWU.

The holding company said 5,000 to 6,000 jobs could be made redundant by the end of August next year, and up to 10,000 roles would be cut on a rolling 12 month basis, including reductions in overtime, temporary staff and natural attrition.

“This announcement is holding postal workers to ransom for taking legal industrial action against a business approach that is not in the interests of workers, customers or the future of Royal Mail,” CWU General Secretary Dave Ward said.

“The CWU is calling for an urgent meeting with the Board and will put forward an alternative business plan at that meeting.”

Royal Mail has been working on a transformation plan to shift its focus to parcels amid sliding letter volumes, and while it got a boost from the online shopping boom during the COVID-19 pandemic, it is now dealing with inflationary pressures, a cost-of-living squeeze and a fall in parcel volumes.

Royal Mail swung to an adjusted operating losses of 219 million pounds in the first half of the year, and losses for the year is expected to be around 350 million pounds, it forecast.

That could increase to 450 million pounds in losses this year if customers switch to other providers, and the company could go deeper into the red if more strikes are held during the holiday period.

“The ongoing uncertainty means that the Board is unable to give a clear outlook for the full year,” it said.

Shares closed just over 10% lower after slumping as much as 17% to their lowest since September 2020.

GLS, its international distribution network, has been performing in line with expectations, the company said.