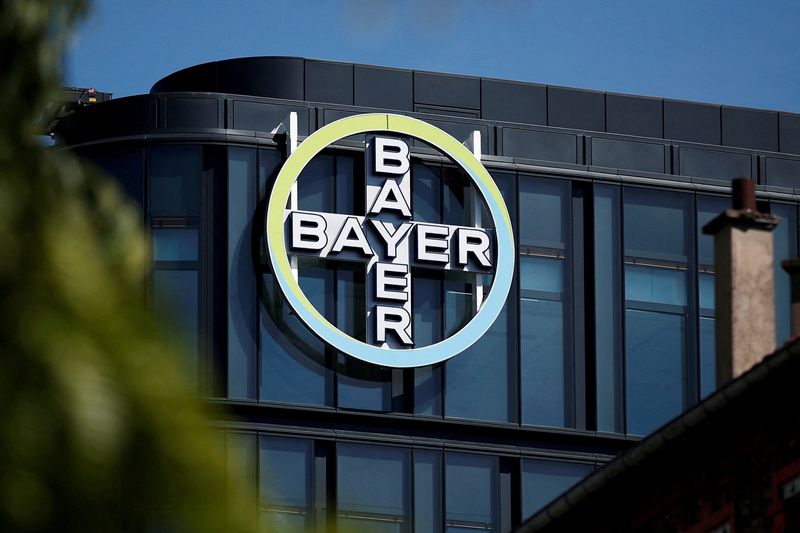 © Reuters. FILE PHOTO: The Bayer AG logo sits on display at the headquarters in La Garenne-Colombes, near Paris, France, May 13, 2019. REUTERS/Benoit Tessier/File Photo

(Reuters) – Bayer AG (ETR:) has finalized a $698 million settlement with the U.S. state of Oregon to resolve claims that it polluted the environment with chemicals called polychlorinated biphenyls, or PCBs, the German pharmaceutical company and the state said Thursday.

The deal, first disclosed in August, follows similar agreements with five other states and the District of Columbia, and with a nationwide class of municipal entities. Bayer (OTC:) still faces several other state lawsuits over PCBs.

The company said in a statement that it did not admit liability as part of the Oregon settlement, and would continued to defend the remaining cases.

Oregon Attorney General Ellen Rosenblum called the settlement a “huge win” that would give the state resources to clean up PCBs.

The lawsuits against Bayer stem from PCBs manufactured by U.S. seeds and pesticide company Monsanto (NYSE:), which Bayer acquired for $63 billion in 2018. Monsanto sold PCBs from 1935 until 1977, when it voluntarily ceased production.

The chemicals were once used widely to insulate electrical equipment, and in carbonless copy paper, caulking, floor finish and paint. The U.S. government outlawed PCBs in 1979 after discovering links to cancer.

In addition to lawsuits by states and cities, Bayer is facing claims by hundreds of people who say they were harmed by PCBs in fluorescent lights at a Washington state school. Some of those cases have gone to trial and resulted in jury verdicts against Bayer totaling $543 million, which the company is appealing.