Australia is the world’s driest inhabited continent and a region where agricultural production isn’t limited by the suitable fertile land, but instead by the availability of irrigation water.

Investing in water is well-established in Australia, where water rights have been unbundled from land and are considered separate property rights. Water rights are freely traded in an open market designed with the dual objectives of economically efficient water use and environmental sustainability.

Australia’s water markets are now a central part of the Australian agricultural sector and form an intriguing investment case study. Investments in certain water rights have delivered strong returns over the past five years, with no evidence of correlation with traditional asset classes.

This raises two questions: Can the market continue to deliver uncorrelated positive returns? And how will climate change affect the asset class over the long term?

What Are Australian Water Entitlements?

Water allocations are the rights to access a volume of water, made available under a water entitlement, in a given water year. These rights are traded independently from water entitlements. The amount of water allocated varies from year to year in response to such factors as storage levels of specific reservoirs, climatic conditions, aquifer recharge status, and security type. Water allocations are the physical water that irrigators can pump and use on an annual basis. Subject to entitlement-specific carryover rules, allocation that has not been used or transferred by the end of the water year at 30 June is surrendered and redistributed as allocation among entitlement holders the following season.

Water Entitlements and Allocations within a Hypothetical Reservoir

Different entitlement security types have different reliabilities, which refer to the long-term average annual allocation (as a %) an entitlement receives.

The concept of investing in water centers around acquiring the perpetual water entitlements and selling or leasing the annual water allocations to end users of water (irrigators) in order to generate income.

Water entitlements on issue in Australia are capped, meaning entitlements are limited to the current volume. These entitlements are insufficient to irrigate all available land. Irrigators with a higher capacity to pay for water via crop gross margin per unit of water applied or farming system advantage can outbid other irrigators for entitlements and allocations in the market, which is expected to drive water toward its highest and best economic use over time.

Water entitlements are distinct to their geographic regions and are spread across Australia. Historically, 90% of trade has been encapsulated in the Murray–Darling Basin (MDB), which is responsible for approximately 65% of Australia’s irrigated farmland and 40% of Australia’s gross value of agricultural production.

Ownership of entitlements is heavily concentrated between the Commonwealth, as a holder of water entitlements for environmental purposes, and private farmland owners. Our firm’s analysis suggests that non-landholding water investors hold only a small portion of the total entitlements on issue.

Water investors play an important role in the market: They provide irrigators an alternative capital source through their ability to secure water under leasing arrangements and provide much-needed liquidity to the market, because investors cannot generate returns without selling their allocations to irrigators.

Water prices are driven by numerous factors, many of which are not commonly associated with traditional markets. There is a strong relationship among climatic conditions, storage levels, irrigated agricultural commodity prices, and short-term water market returns. Agricultural productivity growth and the transition of farming businesses from low-value to high-value production affects longer-term shifts in water demand, capacity to pay, and long-term market return prospects.

Leverage on water entitlements is readily available from the major Australian banks and generally financed at similar interest rates as farmland assets.

As the key drivers of water market returns differ from those of traditional asset classes, water entitlements have shown no evidence of correlation with those markets. As such, water entitlements are one of few investments that provide a genuine source of alternative beta.

Seasonal climate volatility is not an unusual phenomenon in Australia; irrigators have a long track record in managing in times of droughts and floods. Climate change presents a threat to the industry, with structural changes as opposed to cyclical.

Australia’s climate is warming, climate volatility is likely to increase, and rainfall patterns are changing. Climate change will impact the future availability of water resources and reliability of water entitlements.

Higher temperatures may result in increased water losses from evaporation and reduced soil moisture levels. This is expected to produce lower levels of runoff, which is vital for filling reservoirs.

The overall impact of climate change on Australia’s water markets is yet to be determined. But over the medium term, climate change will likely lead to increased competition for water resources and price appreciation.

Water entitlements form a nuanced and intriguing asset class. But can their lack of correlation with other asset classes be sustained as irrigators increase their capacity to pay for water? Will investors hold a greater share of entitlements as the market matures? How will climate change affect the price and reliability of the water entitlements themselves?

The Australian water market and regulatory framework have evolved to manage challenges and externalities, and they will have to continue to evolve. There’s a lot riding on their success. 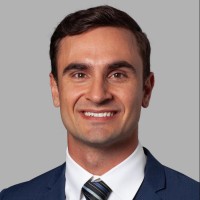 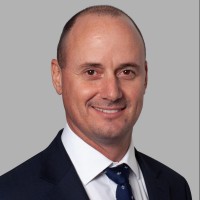 Nick Waters is a managing partner and part of the founding team at Riparian Capital Partners, a specialist water, agriculture, and food investment firm in Australia. Waters holds primary responsibility for the day-to-day operations and water investment strategies of the firm.