No matter what we’re shopping for, there’s nearly always a positive relation between quality and price.

So why, on Wall Street of all places, would the best managers charge less?

Study after study concludes that on average, the lower an active fund’s fees, the higher its net performance. As a result, it’s now common for both individual and institutional investors to heavily weight expense ratios when selecting investments. In fact, the latest Morningstar Fund Fee Study revealed that in 2019, a whopping 93% of net new money into active strategies flowed into the least costly 10% of funds. Clearly, investors have become allergic to paying above-average fees.

In commoditized markets with high standardization and uniform quality, cheaper is indeed better. If there are two adjacent gas stations, for example, most people are happy to buy from whichever one is selling their preferred octane for a penny less.

Passive index funds are commodities too, so long as they offer enough liquidity and closely track the benchmark they’re supposed to replicate. In Economics 101, we learn that the price of a commodity is equal to its marginal cost. So, what does it cost Fidelity’s algorithm to create one new share of an index-tracking mutual fund? Apparently not much, since those fees have now dropped to zero.

Actively managed funds, by contrast, are anything but commodities. Their very purpose is to offer a differentiated return stream compared to their competitors, and there can be a huge dispersion between the top and bottom performers in a given category.

First-class tickets aren’t cheaper than flying coach, and tennis champions don’t get paid less than ball boys and girls — that just wouldn’t make sense. Therefore, the consistent finding of a backward cost-versus-performance relationship in active funds is highly counterintuitive. Why would we screen for bargain-bin funds in search of star managers?

While an inverse relationship between expense ratio and performance does indeed exist on average, it’s a fallacy to use that fact as a basis to favor low-cost funds. Here’s why:

Suppose that a given fund manager has no edge: In other words, their relative performance is just a function of fluctuating luck. Over time, their fund would be expected to mirror its benchmark on a gross basis. Because the manager doesn’t add any value, the more they charge, the worse their fund ranks versus peers: In the end, net performance simply equals the benchmark minus the manager’s fee.

Unfortunately, this phenomenon describes most active long-only funds. Depending on the sample and methodology used, research consistently shows that from 60% to more than 90% of managers don’t exhibit any persistent advantage over a passive benchmark.

That’s where the backwards statistical relationship comes from. It’s not that the best managers give discounts; it’s that the market is swamped by a large number of strategies that fail to add value in excess of their costs. As a result, if we had to choose an active fund at random, without observing manager skill, our best bet would simply be to pick the cheapest one. That’s because we’d most likely end up with one of the many underperformers — in which case, the less we pay, the better.

Here’s where this reasoning falls flat. In order for an investor to rationally allocate money to an active fund in the first place, they need to believe that their due diligence process can accurately measure quality. If they have no way of discerning skill, taking a chance on ending up with an outperforming fund is a bet with long odds. Instead, they should simply buy a passive index, because even the cheapest unskilled manager isn’t worth paying for when benchmark exposure comes practically for free.

If the investor does have a way of evaluating quality, then expense ratios shouldn’t matter much at all. Rather, all they care about is a fund’s ability to deliver net outperformance, after its fees. For example, if Renaissance allowed new assets into its Medallion fund, investors would line up to buy in. Fees only have meaning in comparison to returns.

Because skilled managers deliver value for their investors, it’s natural that they also generally capture more value than their unskilled peers in the form of fees. This makes it unlikely that the best managers are clustered in the lowest-cost funds. As a result, screening based on fees is a particularly bad idea, and could end up eliminating the strongest funds from the outset.

Incidentally, if fund investors’ myopic focus on fees continues, high-ability portfolio managers will exit the market over time, and their employers will replace them with lower-cost stand-ins. The extreme case is a market failure where only the “lemons” remain. Should that occur, active funds won’t be worth buying at any price.

The takeaway? Investors should be agnostic to absolute fees, and instead rank investment options on their value added net of costs. If they aren’t equipped to do that accurately, they’ll be better served by avoiding the risks and expense of active management in favor of low-cost indexes. 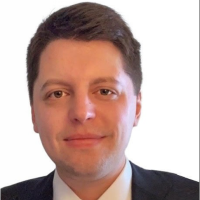 Jordan N. Boslego, CFA, is an environmental, social, and governance (ESG) researcher and co-founder of Empirically, a provider of predictive analytics and litigation support regarding investment manager selection.

Beyond Duration and Convexity: Eight Ways to Bond with Clients

The Debt Ceiling: A Nation Divided and Indebted Cannot Stand